This video is interesting in and of itself. I am posting it especially for the description of gas lighting starting at 35:00. Groups other than or in conjunction with govt can and do do this, that I can tell you. Once an individual is isolated by gas lighting like that, people turn away and estrangement quickly sets in on all sides.

Being the recipient of treatment like that (the horrible stuff aside) can be interesting and have religious significance, as Cain describes. You learn what conscious destruction (by someone else) of social bonds does. You can guess (pretty well, I think) why it is done and by whom. You can also see how many are drawn in unwittingly, following any number of wrong explanations offered by the gas lighters.

The religious aspect of an experience like that to an outsider may look like resignation, fatalism, defeatism. It can be that. But it can also be a deeper understanding of ultimate being which transcends our social self and the relative likes and dislikes of our “floating world.”

The sighs of relief from everyone who already knew all about it but took whatever they could get from Harvey anyway is very similar in kind to the behavior Harvey and his reluctant consorts engaged in.

To me, Harvey is but a minor example of a type which can be much worse. Did Harvey maim or kill? Did he poison anyone? Did he perform psychosurgery or have it performed on anyone? Did he follow anyone around for decades and cause reputational harm whenever he could?

He may have dabbled in gas lighting and backbiting, but I doubt he was a big player in the really bad stuff.

Notice how afraid even very wealthy and powerful people were to say anything about Harvey for so many years. Many of those same people know of much worse today than what Harvey did, but say and do nothing.

In many ways, that makes sense. Life is short. In many other ways, it’s a great transgression to condone and benefit from a community that does so much harm to so many.

See some good photos of Scarsdale in the article linked below. From them, you can get a feel for Scarsdale’s small downtown, site of several incidents depicted in the infamous novel Mountebank’s Monster and His Mom: a peculiar resurrection. 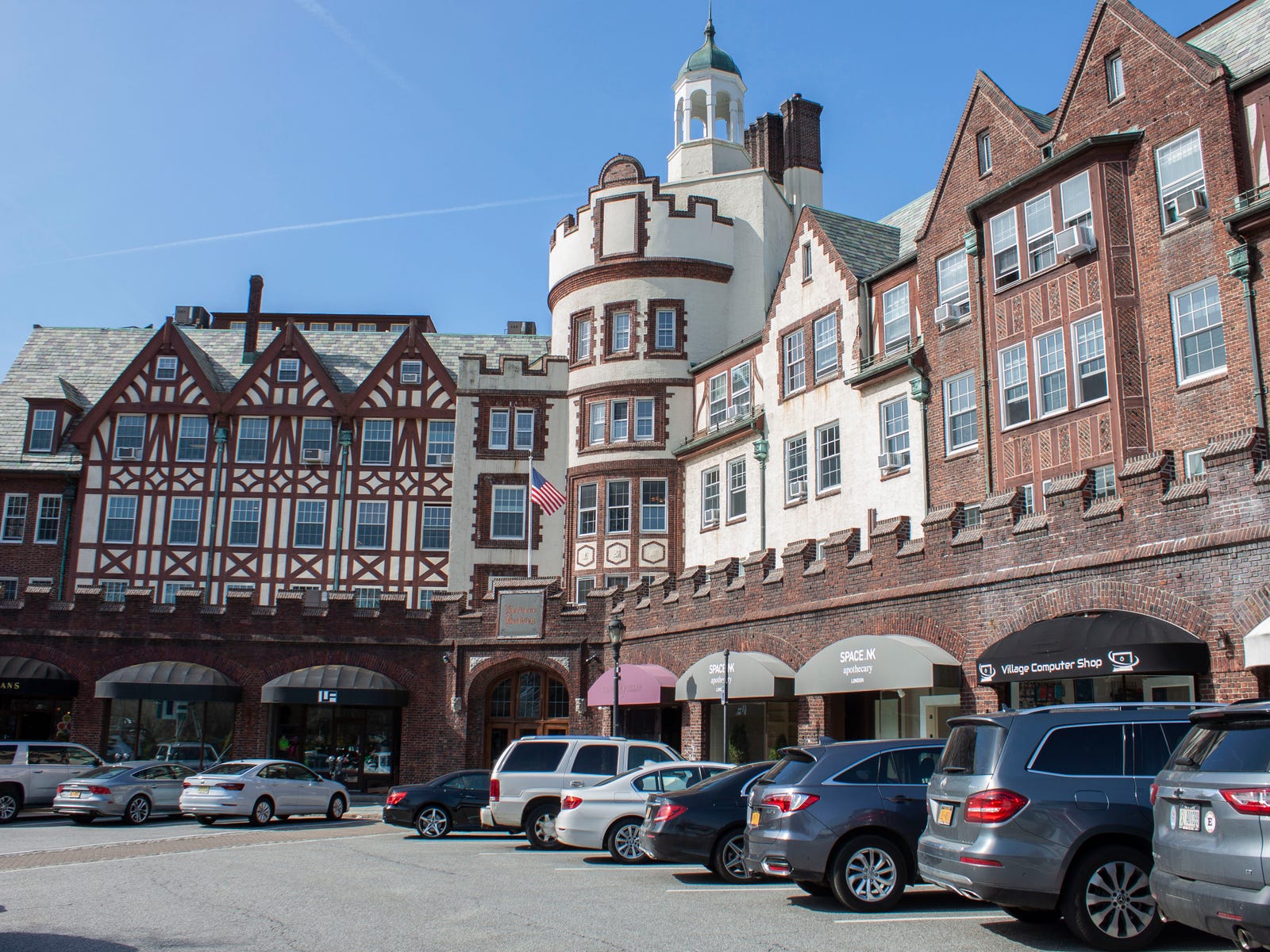 Above is a photo of the Harwood Building, where both Mountebank and the demented dentist had their offices. Good chance they knew each other and encouraged each other’s foul schemes. The dentist’s old office was in the brick section on the second floor of the building. His window looked down on a small park , which is to the left of the frame and not pictured.

Mountebank’s office was in the same section of the building, but I do not remember which floor or which side of the building. I only saw her there once and spent most of the time alone in a small room while she “consulted” with my mom.

Below is a shot of the Parkway Cafe, which is across the street from where I had the run-in with the dirty cop when the girls were scared away. The barbershop my dad came out of at that time was also on the other side of the street. This photo looks much the way Scarsdale looked back then. 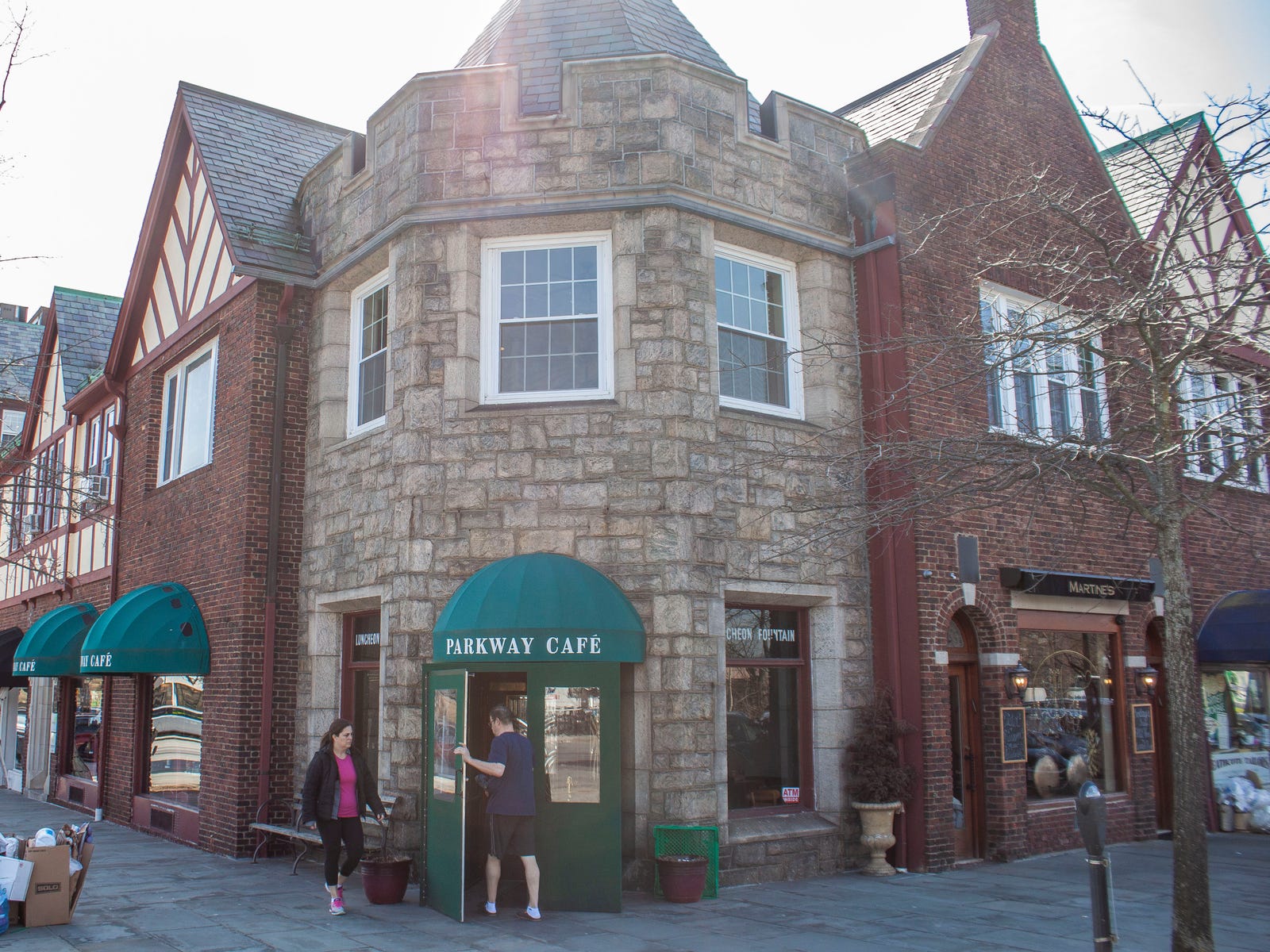 Below is the article. It has some good shots of Scarsdale High School and some of the best homes in town.

I spent a morning in [Scarsdale] the richest town on the East Coast, a scenic village 35 minutes from NYC where the average household income is $417,000. Here’s what it looks like.